By the Holy Spirit through Mary Lindow 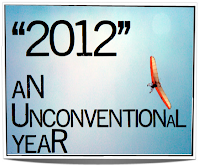 * As I prepare to communicate with those whom the Lord may have read these insights that He has impressed me with for the year 2012, I would like to advise that you would read with the intention of allowing the Holy Spirit to direct you to the Word of God for further confirmation and direction.

No one prophetic voice hears all, and it is a wise person who will listen to what the Lord would say through many individuals who have words to share. There will be a thread or theme that flows out of the multitude of voices, and the Lord will prune away what may well be opinions, personal expressions and flamboyance, or even sensational one-upmanship or eerie predictions filled with dread, or - maybe even ambiguous supernatural potential events.

Having shared this, please- as one of God’s own children, always return to His plumbline of the scripture to bring wisdom and balance to any prophetic words you may hear.

This will be a year where what often looks to be predictable and obvious will instead, go an entire different direction or take an unpredictable course.

The word “ Unconventional” has been the keynote word from the Lord to me.

“In his heart a man plans his course, but the LORD determines his steps.”
Proverbs 16:9


GOD AND MAN AT ODDS
Many have built platforms and empires within their own self-created spheres that have brought for some, great levels of visibility and success. This applies heavily to corporate leaders as well as those holding on to the concept spiritually that one key leader is the “voice” for the many.

2012 will be a year where the abuses of power will continue to be not only exposed and addressed, but will also appallingly be made public and drug through more and more media mud slinging.

Again, the Lord has graciously given time to those who still cling to entitlement and an attitude of “specialness”, presuming they are more anointed, more brilliant and who have consistently attempted to be notable authorities, without having the personal lives behind the scene, that honor the heart and purposes of God.

It will be as if a box has been opened for all to see its hidden contents, or perhaps a drape drawn back to see what is hidden behind it. Plagiarism will be rampant in publications in both specular and spiritual genres. It will expose poor scholarship and rushed materials meant to entice hearts and to stroke the ego of the writer.

All of this the Father has warned over and over again within the heart of those now seared by greed and weak confidence in God’s plan and chosen times for promotions.

“ Some became fools through their rebellious ways,
And suffered affliction because of their iniquities.”
Psalm 107:17


TURNING AWAY FROM PRESUMPTION
So often the Lord has had to deal with the issue of His people presuming that “they know how” He- the Lord will or – “should” move in certain settings, only to be gravely disappointed and shocked when it appears as if the opposite happens.

To presume means to take for granted that something exists or is the case. It also means to make unjustified demands; take liberties.

Unless we as believers become solidly and firmly trained up in the study of the Scripture, not just the memorizing and quoting of it randomly, there will continue to be fractured teaching and many bizarre approaches to what is the plan of God for his people on planet earth.

“And He said to them, be careful what you are hearing. The measure [of thought and study] you give [to the truth you hear] will be the measure [of virtue and knowledge] that comes back to you--and more [besides] will be given to you who hear.”
Mark 4:24

“Study and be eager and do your utmost to present yourself to God approved (tested by trial), a workman who has no cause to be ashamed, correctly analyzing and accurately dividing [rightly handling and skillfully teaching] the Word of Truth.”
2 Timothy 2:15


POSTURING OR PARENTING?
As the Lord continues to build and establish the model of genuine “Apostolic Fathering and Mothering”, in 2012 there will be a notable “fork in the road” for those called to this daunting assignment from Heaven.

The Father has asked me to lovingly but firmly warn those who are now in the possible place of having broader influences over another generation of developing young and tender leaders, to be very aware of where they stand.

A healthy and wise parent or mentor will train, model and provide safe boundaries for their children or students to grow and learn to step out into, knowing that they will experience difficulties and hardships, as well as many exciting growth spurts.

Those who need to have a following or remain as “cool and hip” as the young people they mentor will face a serious clash in the days ahead of them. Name dropping, self promoting of their spiritual acumen and harsh or condescending talking down to those in their care will result in being disqualified from moving into the next promise of Apostolic training and mentoring centers, which the Lord has been preparing for several decades.

You CAN teach an old Dog New Ways – If you bring in the MASTER trainer.

Saying things like “This is the way that you are” or that you are “set in your ways” exposes willfulness and a need for control. So does boasting that you have worked hard and have “earned” your title and position.” Those who posture or continue to tout their “higher levels of knowledge and insight” will become a sour source of reference, and the King of heaven will not bless them with further influence.

They now have a choice to set things right with those whom they have “kept under their thumbs” and whom have not been allowed to move into to the fullness of their calling. Choose the path of humbling yourselves in the sight of the Lord.

His example of lowliness and the release of others into the harvest fields will be the only model that Father will bless in the days ahead.

I believe all human fatherhood should be patterned after the Divine Fatherhood.

The Lord would have these whom are standing in this place of decision know that it does not matter that you have done mighty or impressive things in the past years. That is past and gone. You have received your rewards. Move now into a place where inclusiveness in Kingdom equality and honor are practiced openly and freely. Those who still have the aloof approach in sharing of honor and position will be eventually left on their own, having exhausted and exasperated those whom they were suppose to train and release.


ANOTHER GENERATION ALSO SHINES BRIGHTLY
Let the up and coming leaders in other generations shine in what they do!
Don’t compete or try to be as “cool” as they are in their genre of expression. Let GO!

“Fathers, do not exasperate (harass – provoke - embitter – aggravate)
your children that they may not lose heart and become discouraged.”
Colossians 3:21

He who always finds fault with a child; who is never satisfied with what he does; who scolds and frets and complains will eventually break his spirit, and soon destroys in the delicate texture of his soul all desire of doing well.

The child in despair soon gives over every effort to please. He becomes sullen, morose, stupid, and indifferent to all the motives that can be presented to him, and becomes to a great extent indifferent as to what he does - since all that he does meets with the same reception from the parent.

“Only be careful, and watch yourselves closely so that you do not forget the things your eyes have seen or let them slip from your heart as long as you live. Teach them to your children and to their children after them.”
Deuteronomy 4:9


THE POWERLESS AGAINST THE MIGHTY
The Father in heaven has an exclusive responsibility towards His people and He cries out to them through the Holy Spirit that just as he moved on behalf of Asa and his men when surrounded by a vast army and 300 chariots, so will He move again on behalf of those who are obedient to His voice and commands.

He tells you at this time to put HIM between yourself and the enemy.

When Asa realized his lack of strength… THEN he saw Jehovah God crush the Cushites. They were “Crushed before the Lord and their foes.” 2Chronicles 14:13

Then Asa called to the LORD his God and said, "LORD, there is no one besides You to help in the battle between the powerful and those who have no strength; so help us, O LORD our God, for we trust in You, and in Your name have come against this multitude. O LORD, You are our God; let not man prevail against You."
2 Chronicles 14:11


THE “BUGLE” TO BE “FRUGAL”
There will be several “invented” crisis settings in 2012 that will cause many to choose to hoard and stockpile for themselves. They will be quickly exposed as moneymaking schemes and a tool to inflate prices.

Oh the other side of this there will be those who have very little with which to live and eat due to job losses and cutbacks. Those around them, if not filled with the fruits of Grace and Mercy, will become indifferent to the cry of their needs, for there will be many.

“Share your food with the hungry, and give shelter to the homeless. Give clothes to those who need them, and do not hide from relatives who need your help.”
Isaiah 58:7

The Lord would have me share that He is indeed watching to see if the heart of the Apostolic move of God can be again modeled as when the people brought what they had, to trusted and integral teams of leaders who then distributed with prayer and wisdom to all, and none had any lack.

We are at a time where the Body of Christ must share resources willingly and fairly and not justify personal strictures that apply to others, but not themselves.

Here is a scriptural measuring stick to use to observe the true Apostolic heart and Leader.

Psalm 112:9
They share freely and give generously to those in need.
Their good deeds will be remembered forever.
They will have influence and honor.

www.marylindow.com
Posted by Mary Lindow at 1:03 AM 0 comments