Click the green arrow on the podcast bar above to listen to the message as a FREE podcast. 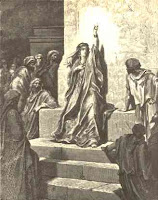 The journey of Deborah is a declaration of the power of just ONE life, fully set apart for God.

Deborah stood as a prophetic representation; a suggestion that as a woman who may have been weaker in her physical attributes, she had the word of God! She had a history of going in and lighting the lamps. She had a history of hearing the voice of God in the secret place. So swiftly, when the hour came for her tangibly to go into war, she was ready. She was in the place to say yes because she knew the voice of her God.

Let’s continue to look at part 2 of the reason why
God was attracted to the life of Deborah.

Prophetess
Deborah functioned in the divine dimension of a spirit of wisdom and revelation. It was almost as if God had supernaturally, placed a divine compass in her, always guiding her to Him. The judging that Deborah did so well might have been because of her gift as a prophetess. She would have been able to make wise decisions if she saw well in the Spirit. She was humble, willing and wise.

In Matthew Henry's Commentary, he writes:
She was a woman of illuminations, or of splendors, one extraordinarily known and wise, and so came to be eminent and illustrious. She was intimately acquainted with God, she was a prophetess, and one that instructed others in divine knowledge by the inspiration of the Spirit of God, and had gifts of wisdom, to which she attained not in an ordinary way; she heard words of God, and she probably saw visions of the Almighty. She was totally devoted to Israel. After Jehovah, Israel was her first love.

Deborah was one who received fresh instructions from heaven, and though she knew how evil the oppression of King Jabin was, she also knew that with God anything is possible! Something in Deborah knew how to pull on the sources of heaven, standing in the guidance of the Lord (Jer. 23) and open her mouth and let Him fill it (Psa. 81:10).

Mother of Israel
What made this woman a mother of Israel?
Deborah loved well. Imagine facing the unending line of people all needing a touch of heaven. Imagine her tired eyes looking out on the faces of His design as she felt the ache in their hearts for God. They had come so far, how could they leave empty handed? The eleven other scattered tribes of Israel walked for miles and risked their lives on the dangerous highways as they struggled through to hear from God, through Deborah's voice.

The highways were deserted, and the travelers walked along the byways. Village life ceased, it ceased in Israel, until I, Deborah, arose, Arose a mother in Israel. They chose new gods; Then there was war in the gates. (Judges 5:6-8).

I believe that Deborah could hear the groans of the Israelites who were oppressed for 20 years and feel the throbbing pain in God's heart over His people's sin and oppression. I believe that it was her ability to hear His heartbeat that allowed her to save a nation in a day. Deborah ruled with the sword of a prophet but the staff of a shepherd -- she truly loved God's people. She always led well. She led by loving.

Military Policymaker
Deborah was more than a judge; she was used to deliver Israel from the second longest captivity. As a prophetess and military strategist, she called the nation to war. She not only brandished the hand of God but also operated with the heart of God. You see, Deborah was a deliverer! She loved the people and they loved her. She delivered them from a great enemy.

The Lord literally issued a clear prophetic word to summon Barak, the Israeli commander, to rally the troops for battle against impossible odds. The Hebrews had no weapons -- none. They had all been taken away by the Canaanites.

God showed her disclosures of how to win the battle. She brought a holy “about-face” to the wicked plans of Israel. When the city gates were at war, Deborah, a mother of Israel who was willing to lay down her life for her God and county, arose.

WHY WE NEED DEBORAH TO ARISE TODAY
There is a cry going out from the hearts of God’s people about the oppression the church is under from the enemy. Heaven is aware of the issues affecting the people of God. But, until a cry goes out from the people of God, the hands of Heaven are tied. Without a cry, we show we are satisfied or comfortable with the way things are. The harassment had been going on for well over 20 years. How long do we put up with things before we cry out for change?

GOD HAS BEEN WATCHING AND STIRRING UP DEBORAH’S FOR QUITE SOME TIME NOW
And the timing is right. When we get to the place to where the reviving itself isn’t enough, but we must see change take place, we know we are on the verge of something great.

We have got to get to the place that we don’t just want change, but we are willing to rise up and put our hands to the plow to see change occur. Actions truly do speak louder than words.

Deborah represents the steadiness and dependability necessary to both win and preserve victory. Barak means “lightning flash”. That is temporary. We don’t need a temporary fix or a temporary anointing. If a temporary, quick fix was enough, we would be in a great position by now. We didn’t get to where we are at quickly, and the victory must be won with reliability and dedication.

WHEN DEBORAH AROSE, THE WARRIORS RETURNED.
There is a group of God’s warriors who are waiting for someone to rise up and lead them back to the place and position for which they have been created. God bestowed peace and victory for 40 years. The time of victory was twice as long as the time of oppression. The sad part is that after the 40 years, the Israelites went back to their wicked ways and found themselves in a place of oppression again.

Let us be men and woman who will stand in the breach and go before God and cry out in intercession.
“Lord, we need restoration! Lord,
we need the Kingdom of God to break in with the resurrection power of life!”

Who can hide in secret places so that I cannot see them?”

“Do not I fill heaven and earth?” 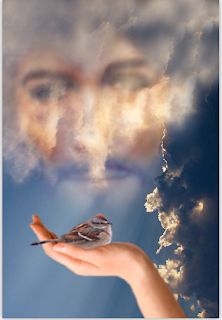 www.marylindow.com
Posted by Mary Lindow at 1:33 AM 0 comments