"The Promise of Father"- Spontaneous Prophetic Music and Lyrics 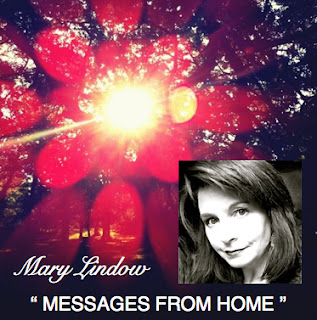 This Song is a selection from the "MESSAGES FROM HOME" CD which contains spontaneous prophetic music and lyrics all mastered in a studio as intercessors prayed faithfully for hours. None of the vocal or melodic lines were edited in any way and were left just as they originally were expressed.
These are the actual sounds and instruments I am blessed and honored to hear while I simply sit in the recording booth with a keyboard that allows many different instruments and percussive instruments to be played together seamlessly, as I wait upon the Lord to give the music, the words, and the sounds. The additional instrumentation was added immediately after each song was recorded “fresh” through a computerized Keyboard. The live drums were played by John Grapperhaus in St. Louis, MO. A precious young and mighty man of God. He just sat there and flew with me.
It is so wonderful to be able to let others “hear” what I am shared with by the Father as well! You are hearing the prophetic words and music exactly as they were recorded and might even hear my voice falter at times because of the strong presence of God touching me as well while recording.
I usually receive prophetic songs and spontaneous music from the Heavenly Father much like watching a DVD through what I call “full rolling visions” and a sound track. Although these were spontaneous, they were professionally and digitally “master mixed” only to bring out clarity and enhance the beauty of what the Lord desired to communicate.
Those who stood faithful in intercession while I recorded made it like heaven on earth as they bathed the studio in the beauty of prayer and in the honoring of the Presence of the Lord.
May the Heavenly Father sing and rejoice over you as you sit back and listen!

In His Shadow, Mary Lindow